Glasgow is a city in Scotland. I didn’t really know anything else about it when I first signed up for the Glasgow Half Marathon, called the „Great Scottish Run“, somewhere around July. All I knew was that I was going to be in Edinburgh and that in order to get myself to run more or less regularly, I should sign up for a running event once in a while. And Glasgow was the first to pop up on Google.

Turns out, there’s much more to Glasgow than just a nice running opportunity. I decided to go there early on the day before, partly because I screwed up the registration and my equipment was sent to my place in Germany and I had to get a replacement package, party because I wanted to see Glasgow if I was going to be there anyway. It turned out to be just an hour and a cheap bus ride from Edinburgh, so it’s actually not that big a deal to get there once in a while.

Anyway. While driving on the bus through the Glasgow suburbs, I was amazed by how much it looks nothing like Edinburgh. While Edinburgh is old, medieval, confusing and rather rundown than rich, Glasgow is obviously younger, industrial, modern, built in chessboard-blocks and you can almost smell the wealth (to quote Katherine Price) in the city centre, while the suburbs look rather like the ones where Monty Python once sang „every sperm is sacred“. The city centre itself is surprisingly small. I walked around randomly on day one, and that is not what one should necessarily do in Glasgow, as it turns out you can walk pretty far without getting anywhere interesting in a city made of giant company building blocks.However once you find the actual centre, which consists mainly of George Square and the surrounding one square mile or so, it’s a quite pretty place for shopping (assuming that you are loaded), eating and watching Scottish people. The amount of actually Scottish-sounding people in Glasgow is amazing in comparison to Edinburgh, which seems to mainly consist of international students and tourists.

I went out for a bunch of night shots in the evening. There are two kinds of cities in the world: the ones that light their bridges to make them look awesome and the ones that are too cheap to do it. In that respect, Glasgow reminded my surprisingly much of Budapest; obviously, the Danube is significantly wider than the river Clyde, but still, it has a similar touch to it.

While taking some long-exposure shots by the riverbank, I met a bunch of nice young Glasgow natives who were having a small riverbank party on a nice Saturday evening. As it turns out, it’s illegal to drink outside in Glasgow, and it’s also illegal to drink when you’re underage, and even more so if you do both at the same time, and my new-found acquaintances soon had to perform in a heavy dispute with a couple of policemen and -women. As it is also illegal to buy booze for people under 18, and it is a bit dangerous to be around a lot of drinking underage people being the only over-18-year-old, I quickly made my way out of there and went into the city centre to take a few more shots of Glasgow shoing itself at it’s best.

The next day was the day of the Great Scottish Run aka the Glasgow Half Marathon, and I had signed up three months before and hardly done any training since. I was definitely in much better shape for my last half marathon in Munich in June, but I felt surprisingly good about this.

With the weather being perfect for a run, Scottish-cold with no rain, I got into the green wave assembly. A short explanation about the colours: White means super fast (<1:30), green means fast (<2:00), pink means slow. In some moment of insanity, I decided that I would easily be able to beat 2 hours this time, so I got a green number. If you’re stupid enough in this case to get into the first rows of the green wave as you think „I can do 1:45 today, even if I didn’t exercise properly“, you will notice that the runners around you are the ones who aimed for 1:30. Well, you only notice after the first mile or so, when you realize that your state of training is not at all sufficient for what is going on around you and you’re probably going to die if you go on like those crazy people.

But as with every marathon, it gets better once people have found their pace and overtaken or (in my case) fallen behind the ones who obviously don’t fit with them. After mile three, I had fallen back far enough to be with people who ran about my pace, and I felt less like a liability. Also, the initial pain started to vanish and turned into excitement, and the „I will never finish this, why did I not exercise properly before this“-feeling turned into „I might even get to the finish line“.

At mile five, one of the volunteers put a couple of carbohydrate gels into my hand, and though I never tried it before, I decided to, considering my state of performance, give it a go. (It tastes like liquid sugar.) Around mile six, the rain kicked in, and not any kind of rain, but the proper Scottish drizzle that comes rather from the side than from the top, soaks your hair and clothes within minutes without you noticing and – nice side-effect – cools you down a lot. The bagpipes, located at every mile to keep you aware how far you had come, started to become annoying somewhere around this time.

Roundabout then I started noticing a girl whose nametag said „Natasha“ who was staying suspiciously close, getting away a couple of meters and falling behind me again, but being around every few minutes. I decided to use her as a pacemaker and try not to be overtaken by her again. For about a mile, I could keep up with her, but she kept trying harder and harder and struggled really hard to get in front of me. At some point I decided that I’d rather finish than die somewhere on the next two miles, and slowed down a bit. Well, so did she. Turns out, Natasha was using me as a pacemaker as well. We ended up finishing the run together, and fortunately both of us were able to keep up the quite high speed until the end. The rain got really nasty somewhere on the last three miles and soaked us up completely, The final mile turned out to be quite an amazing finish.

With lots and lots of people cheering us up, we went into the Glasgow Green and for the obelisk-thing in it’s middle that was the finish. After all, it was an amazing run. Having trained less than ever before and scoring a 10-or-so minutes faster time than ever before, I was really happy when I got on the bus back to the east coast. 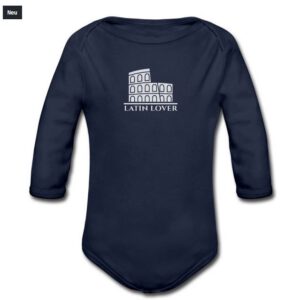